This new flick takes the franchise on an exciting adventure to Europe, but is it a sluggish sequel as the box office numbers suggest? Read on for our movie critic‘s review.

THE BACK STORY: As a child, Molly (Tessa Thompson) and her parents saw an alien creature … But when the two men in black suits showed up to neutralize her mom and dad, they didn’t know she saw the alien, too, so she never forgot it. Fast-forward 20 years later and Molly has spent her whole life preparing to join the mysterious agency that tracks the ultimate foreigners to earth – which is why she jumps at the chance to prove herself to Agent O (Emma Thompson) once she discovers the Men In Black (MIB).

For her first assignment, Molly – now known as Agent M – is paired up with Agent H (Chris Hemsworth) at MIB’s London office. Trained by his superior officer/London office head High T (Liam Neeson), Agent H is as reckless as he supposedly is heroic, a man that likes to party as hard as he sometimes works. Tasked with entertaining an alien from a planet that could destroy earth, things take a turn for the worse when two beings that may be from “The Hive,” a shape shifting alien race that can basically crush anything in its collective path, shows up on the scene. And now, to avoid an intergalactic incident, it’s up to a rookie agent and a philandering agent to save us all.

THE REVIEW: Me, before the screening: “You know, watching the trailer, it doesn’t seem like Hemsworth and Thompson have any chemistry in this movie.”

Friend who shall remain nameless, looking almost taken aback by my comment as if it were absurd: “They were fine together in Thor: Ragnarok.”

Me, nearly two hours after the credits began to roll: “This is NOT Thor: Ragnarok.”

Friend, looking as bored as I was with disappointment in their eyes: “Yeah.”

Chris Hemsworth is NOT Will Smith nor should he ever try to or desire to be as his career up to this point has been pretty phenomenal all things considered. Likewise, Thompson’s star has seemed to be on the up-and-up in recent memory with hits both inside and out of the Marvel Universe to her credit. However, after witnessing the tedious, boring and “let’s go through the very familiar motions without any real emotion for the most part” affair that is Men In Black International (MIBI for short), both Hemsworth and Thompson might be wise to call up Marvel Studios’ head Kevin Feige and ask if there are any chances to cameo in Disney’s upcoming Loki streaming series. For MIBI is a largely flat, soulless affair that would be better served being left in a galaxy far, far away.

As Thor, Hemsworth has found a great way to portray a powerful individual who can be charming, heroic, serious, focused and at times a childlike jerk that has to be coaxed into doing the right thing/learning how to step up and embrace his destiny. As Agent H, however, he comes off as just a boorish, pretentious, dare I say dumb lout of an individual who you can’t believe in any capacity. H is stale from start to finish, which may not all be Hemsworth’s fault as he isn’t given much at all to work with. It could be worse; Neeson looks to be on site to simply collect a check a’la Michael Caine in Jaws: The Revenge. Tommy Lee Jones (or even Josh Brolin in MIB 3) he is not. To watch Hemsworth and Neeson turn in such poor performances is just mind-numbing, both literally and figuratively.

Thompson, for her part, tries to play things very smart, very smooth and very seriously … Which fails due to an incredibly dull script with plenty of “we’ve been here before!” moments that attempt to capture old magic that just isn’t there. Whereas Smith has moved on to bluer pastures as the scene-stealing genie in the equally underwhelming (but still better) live action remake of Aladdin, Thompson is asked to drive a car down a course we’ve all scene before – this time with a LOT less bells and whistles or even scenery to keep you entertained, or at the very least, distracted.

Sure, her encounter with arms dealer/H’s ex Riza (a very game Rebecca Ferguson) adds a little life to the festivities, but MIBI is loaded with so much bland dialogue and ho-hum action sequences Thompson kind of comes off like the best player on an 0-16 NFL team. Kumail Nanjiani adds some humorous commentary as Pawnee, the helpful little creature that serves as the Frank the Pug to Thompson’s Agent M, but the old “let’s have the cute little creature get involved” routine feels more like a desperation move than essential storytelling. And that’s just it: For a film franchise that pumped out three quality stories, MIBI has zero charm, zero captivating effects and a dearth of heart, emotion or even interesting storytelling to enthrall you.

If it weren’t for Thompson and the small doses of Nanjiani’s character, MIBI might serve as a great cure for insomnia as you could be asleep in the first 40 minutes. Even the nods to the past MIB films feel flat; given how lame the movie is, though, NOT reminding fans about the past is probably for the best. The convoluted, uninspired storytelling under director F. Gary Gray – F. Gary Gray of all people! – is additionally saddening. Why is The Hive so deadly? What is their motivation? How does it tie in to Men In Black? Why aren’t these questions answered better so I can give you a better review?!

You can watch Men In Black: International if you wish … But given how long and tedious it is to build to a very anti-climatic climax you may just wish a neutralizer was real to wipe the movie from your memory as a result. 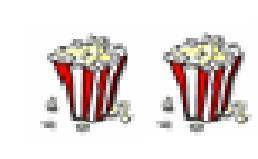