Social McCoy on Movies: Her 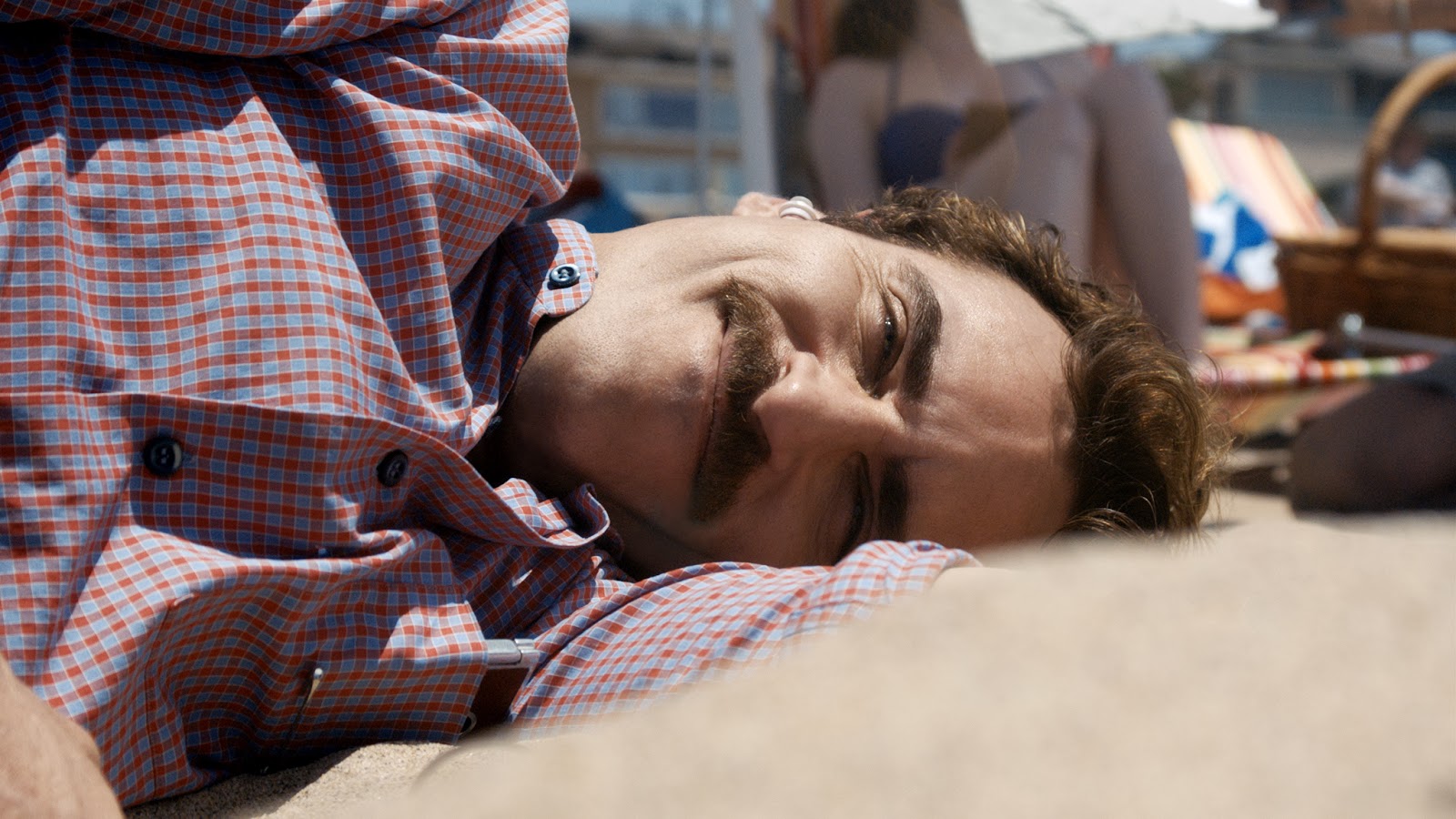 60 SECOND PLOT SYNOPSIS (OR AS CLOSE TO IT AS ONE CAN TRY TO MAKE): A film that may be eerily (depending on your worldview) closer to becoming reality than you think, Her stars Joaquin Phoenix as Theodore Twombly. A seemingly nice enough guy with a romantic spirit, Theodore spends his days working as a “handwritten letter writer,” technologically making heartfelt correspondences for people to send to the ones they love. And how does he spends his nights, you ask?

Usually pining over the divorce papers his soon-to-be-but-not-by-choosing-ex-wife Catherine (Rooney Mara) wants him to sign.

While his L.A. building neighbors Amy (Amy Adams) and Charles (Matt Letscher) seem to be a perfect albeit weird and fashion-challenged (well, at least to most people) marriage, the dissolution of his own is a bit much for Theodore. After all, he and Catherine grew up together, which makes it hard for him to move forward with his life – which is why he spends most of his nights playing video games alone.

That all changes, however, when he sees an ad for the OS One, a new operating system that promises to be unlike anything he’s ever experienced before. Artificially intelligent, the system reveals itself to be named”Samantha” (voiced by Scarlett Johansson). Excited about the world and everything in it, Samantha proves herself to be witty, funny, knowledgeable and for lack of a better word, the perfect girlfriend.

But is she actually the perfect girlfriend for a lovelorn soul like Theodore? Her promises to make you explore the issue in ways you’ve never, ever imagined in your wildest dreams.

WHO WILL LIKE THIS FILM THE MOST?: Spike Jonze fans, Joaquin Phoenix fans, Scarlett Johannson fans, Amy Adams fans who are enjoying seeing her continued evolution as an actress, fans of social media, helpless romantics who this film may relate to this film and be inspired by it (hopefully in the right way)

WHO WON’T – OR SHOULDN’T – LIKE THIS FILM?: People who just can’t get past the concept of a man dating his computer, er, his computer’s operating system; people afraid of the increasingly Orwellian nature society is moving towards

BOTTOM LINE – IS IT GOOD, GREAT, BAD OR DOWNRIGHT AWFUL? If you’re able to lose yourself in the story and get past the basic idea of a man dating his computer’s OS, you will find that not only is Her great, it’s probably one of the best, most original films of the last 5-10 years.

WHAT’S GOOD (OR BAD) ABOUT IT?: Her is a terrific film in concept, casting and especially execution. Now, if you cannot just get past the film’s premise and find it too ludicrous, the film’s 125 minute run time will be lost on you. And for that, I am sorry. For Her is many things: A unique romantic comedy/drama, possibly the best performance of Phoenix’s, Johansson’s and Jonze’s respective careers to date and a pointed, excellent social commentary on our reliance on technology, dating and the basic human desire to be loved – by any means possible.

Without giving too much of the film away, Her does a couple of things very, very well: [1] It brings you into Theodore’s world so that you get a full picture of him as a person, his motivations, fears, highs and lows; [2] That in turn helps you understand why he is drawn to technology the way he is and how it in turn it affects his relationships with other people, which [3] Shows you why he is drawn to Samantha when she; [4] Reveals herself and she and Theodore begin a dialogue that; [5] Explores every – and I mean EVERY – aspect of what it might be like to be a person (not just a man) in Theodore’s situation, both positively, negatively and as you might imagine, weirdly/unexpectedly and then some.

Without going on about the same three or four points about Phoenix’s performance, let me just say this: If he plays Theodore in any other way, not only does the movie likely fall apart, it likely doesn’t work at all – and the same goes for Johansson’s performance as well. To show how what essentially is just a disembodied voice and a human could have the relationship depicted in Her is a hard enough challenge; to do it in a fashion as deep as it presented in the film is a reflection of the talent and chemistry the duo possess and exhibit. There is no part of their relationship that feels fake and when they acknowledge the struggles that come along with their relationship, how it feels to each of them and how it is in regards to “normal” relationships, things feel as real as it gets. While Phoenix is the one we see on screen driving most of the action, Johansson – who’s character is an artificially created being that gains sentient consciousness to the point it can think, understands and feels emotions and basically “live” its own life – deserves credit for giving him such a great protagonist/antagonist off which to play.

This is only partly where Jonze magic behind the scenes in constructing the film comes into play. For not only does he craft Her into a grand emotional journey where you will be presented a story that will make you re-examine our (and when I saw our, I mean your) relationships with technology and one another. Likewise, in additional to developing beautiful visuals, sentimental sequences and both heartwarming and heart-wrenching emotional highs and lows, Jonze underscores it all with a love story that leads not only to self-discovery for its main characters, but presented the audience a chance to do the same. Yes, there is a VERY large discussion taking place here in regards to mankind and its relationship to technology, but it also explores love and what we consider it to be …

In closing, some of us may be fortunate enough to have already found our own version of Her, those still seeking it might be inspired to unplug from all our daily distractions and diversions to embrace the one thing technology has yet to replicate: The human experience and we love it so much.

Chic Spotlight: Band In a Bus