Sacha Baron Cohen’s best-known character is back. Read on as our movie critic shares if it’s worth the watch. 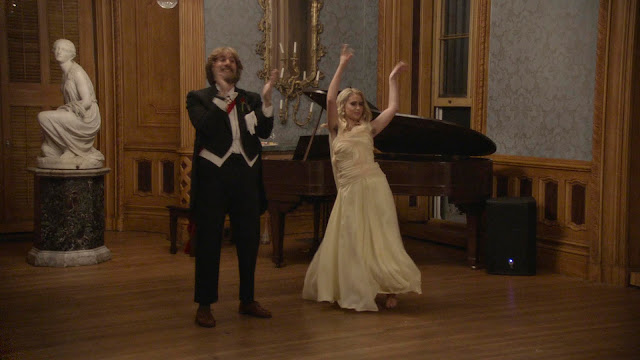 THE BACK STORY: Borat Sagdiyev (Sacha Baron Cohen), Kazakhstan’s no. 1 TV journalist, hasn’t been seen in a while … And that’s because he’s been in jail for the last 14 years because of everything that happened on his first trip to America. But now, he’s been offered a chance to redeem himself by traveling back to the USA to deliver a gift on behalf of his country’s leader to impress President Donald Trump via Vice President Mike Pence (although those aren’t exactly the terms Borat uses for either one of them).

But upon his release from the gulag, Borat discovers he has a daughter, Tutar (Maria Bakalova) who loves her cage (feminists may have a hard time seeing the satire in the early going) as any good Kazakhstan girl would. That doesn’t stop her, however, from stowing away with her (in)famous father stateside on his journey … And once there is a mishap upon their arrival, their journey together soon proves that their relationship has only just begun …

THE REVIEW: Given the sheer number of reports ahead of the film’s release about those Rudy Guliani scenes, Borat Subsequent Moviefilm continues Baron Cohen’s favorite activity: Exposing America’s goofy (and often, terrifyingly gullible, not-so-smart) sides with the occasional dash of sweet to balance things out. (Google Judith Dim Evans after you watch the movie; it is well-worth your time and knowledge.)

Continuing in the tradition Andy Kaufman and others before him that have found the greatest comedy is exposing the truth about the world; is Baron Cohen crazy or simply holding up a mirror to the craziness going we are all willingly participating in? Yes, you will get plenty of male full-frontal nudity, there is plenty of older people being put into uncomfortable situations and if you think many of Kazakhstan’s residents were not pleased with their depiction in the first movie, this one isn’t going to change that at all. This is pure “The joke’s on you” comedy … And Borat Subsequent Moviefilm shows the joke in fact may be on all of us.

But much like his first cinematic outing, Borat’s charm (if that is the operative word) remains in the way he approaches his audacious activities with earnestness and a childlike sense of glee and excitement. This is why the audition of Tutar (played perfectly by Bakalova) as his daughter serves to further both the outrageous nature of the characters exposing of America (both in terms of being full of uptight stuffed shirts and genuinely nice people alike) and Borat’s own growth. (This is a father-daughter relationship more akin to an episode of Adult Swim staples Rick & Morty and The Eric Andre Show more than it is To Kill A Mockingbird.) Granted, the film starts off a little slow in feeling like it’s relying on its predecessor’s success at first, but as the film progresses, it proves it has legs to stand on its own.

The last 30 minutes of the movie, however, is what audiences will be talking about the most once they get done utilizing their Amazon Prime accounts. To say more is to give away too much of the plot and its twists, but trust me: If you are a die hard Make America Great Again devotee, you are going to likely be infuriated, embarrassed or in a perfect world, both.

If there were a film that perfectly sums up the insanity of 2020, it would be Borat Subsequent Moviefilm – especially in lieu of reports like these and this big date on America – and the world’s calendar – coming up in less than two weeks.